Mr. Hayes has deep experience in leading mission-driven organizations that advocate for and deliver, both locally and nationally, direct services to people in need. Mr. Hayes founded and led the National and New York Coalitions for the Homeless, winning the nation’s first Right to Shelter court ruling and battling to remedy many of the upstream causes of homelessness. This included leading litigation and other advocacy campaigns to address the shortage of supportive housing for people with mental illness, substance abuse, and HIV/AIDS. Mr. Hayes’s advocacy also forced increases in protective and preventive services for families in need.

More recently, Mr. Hayes served as President of the Medicare Rights Center, a non-profit organization supporting consumer interests in national and state debates over issues of healthcare and aging. He also oversaw consumer protection for more than two million Americans with Medicare as the Senior Vice President for Health Quality at Universal American Corp. Mr. Hayes has also practiced law with firms in New York and Maine, including Sullivan & Cromwell and O’Melveny & Myers.

Mr. Hayes has an unwavering commitment to social justice and issues of equity. He is a MacArthur Foundation Fellow and has been awarded honorary degrees by 11 colleges and universities. Mr. Hayes is a graduate of Georgetown University and the New York University School of Law. 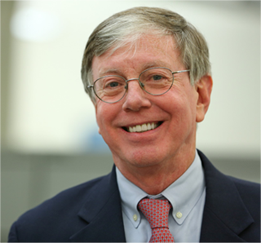 CHN will be closed on Monday, May 30th in recognition of Memorial Day.   This Spring, CHN Lower East Side and CHN Jamaica will be relocating to brand new locations:
Ver en español